The History of Our Inn in Ashland, VA

The Henry Clay Inn® is named for the orator and statesman who was born in Hanover County in 1777. Henry Clay is known as “the Great Compromiser” and was a candidate for President in 1824, 1832, and 1844.

The very first of three hotels/inns stood just north of our present location and was called the Ashland Hotel. This hotel was built in 1858 and was destroyed by fire in 1905. The old Ashland Hotel provided weekend getaways for Richmonders who made the trip by rail to enjoy the country air. The Civil War closed the hotel for 10 years. In 1868 Randolph-Macon College acquired the inn for use as a boarding house.

The second hotel built and the first to be named The Henry Clay Inn® was built on the original site of the Ashland Hotel in 1906. This inn was enjoyed for the next forty years by RMC students for balls and parties and later as living accommodations for newlyweds until suitable housing could be afforded. This inn burnt down to the ground on February 27, 1946. There were no injuries and most of the town’s residents turned out to help put out the fire and to watch in amazement.

The present day Henry Clay Inn opened on April 10, 1992. The exterior of the inn is an exact replica of its predecessors (recreated from photographs). The interior houses 13 guest rooms, a Parlor that opens onto the balcony overlooking the Ashland Visitors Center/train station and the campus of RMC, and a drawing room suitable for business and social functions. 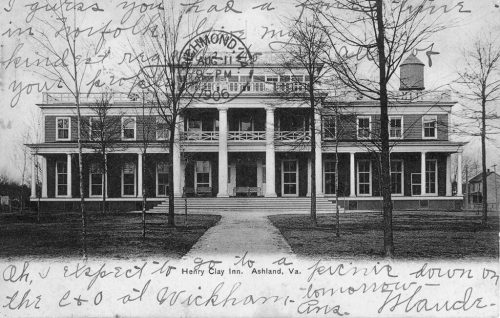 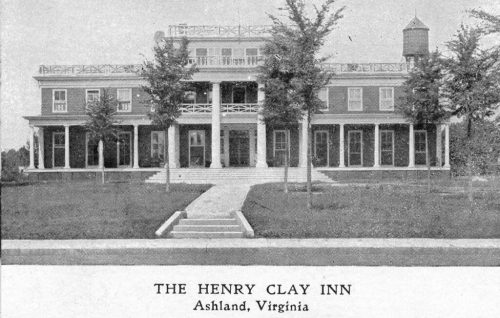 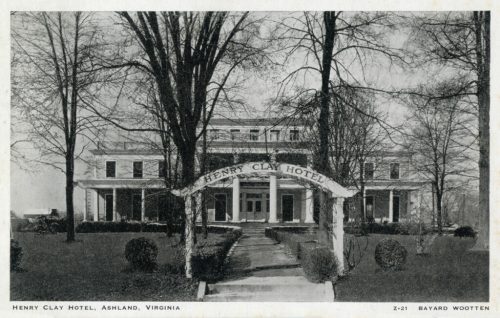 We care about accessibility. If anyone is having trouble accessing content on our website, please send an email for assistance.
THE HENRY CLAY INN® and THE HENRY CLAY INN ASHLAND’S OWN® are registered trademarks of Newton Lao Leonard & Locke, LLC.
©2022 Newton, Lao, Leonard, and Locke, LLC. All Rights Reserved.